“I hate being known as the death woman” says Christianne Heal whose workshops on death are becoming well-known among the general public as well as readers of Self and Society. Christianne has recently been the subject to media attention including a full-page article in the Guardian and an appearance on LBC's counselling programme. She has even been given award by Nicholas Albery’s Institute for Social Inventions along with Prince Charles and other famous people. She said she was ‘tickled pink’ by the award and bought books with the £50.

She attributes the success of the workshops to the fact that there are plenty of workshops for the bereaved but none which help you prepare for your own death. Also they are often lots of fun. If that sounds weird to you Christianne told us death is a part of life and taking time to prepare for it can be no less fun than preparing for a wedding or a holiday. She says looking at our death is also a way of helping us to look at life. She doesn't have any particular views on what happens to us after death, she is not a Doris Stokes type person, but what made her want to prepare for death? Christianne: “I've always been interested in death ever since I was a child. This is surprising, as I never had any childhood experience of death and I wasn't even invited to my grandfather's funeral.”

Trying to probe further for a deep psychological reason didn't get as far: Christianne would only say “I see death as an event which life is leading us to.” She doesn't feel she is exploiting people’s fear of death or satisfying her own vicarious needs. “Those who don't want to come to the workshops don't come.”

Her youngest group member was a young Italian boy of 13 who insisted on coming to the group because his father died before he was born. Her oldest was 78. 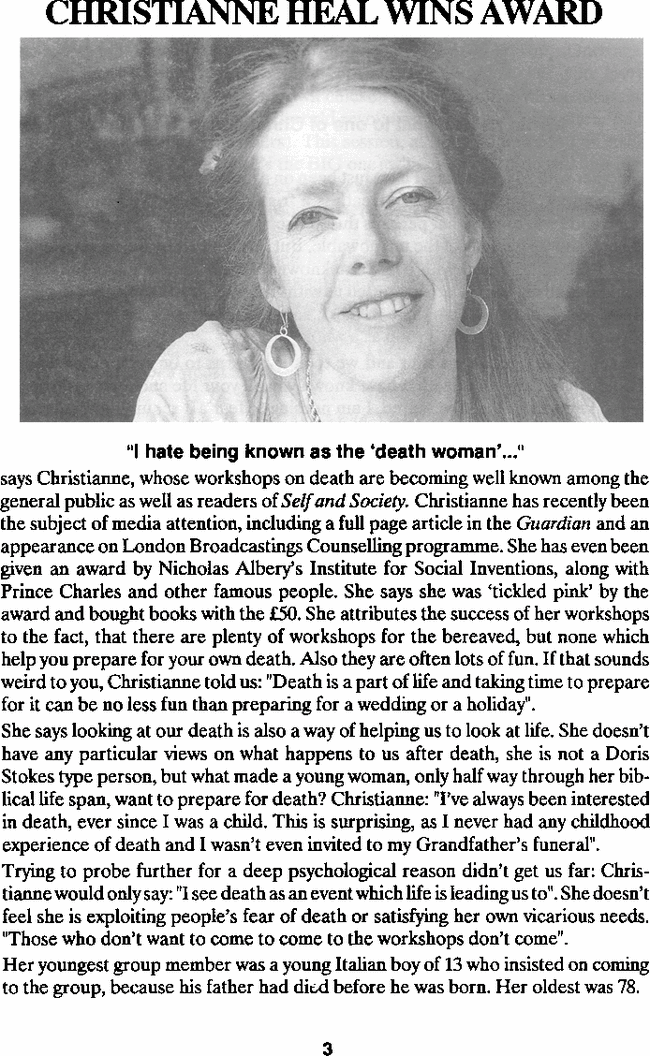 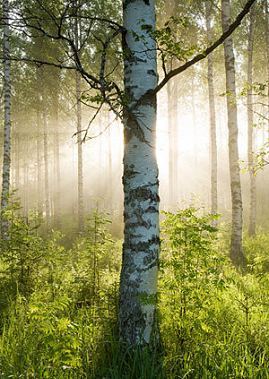